The Strong Girl Squad is a group of female strength and conditioning coaches who saw there was a need for girls to be given access to strength training equipment and instruction in a safe and encouraging environment.   Our girls-only weightlifting workshops teach girls in years 7 to 12 that weightlifting is safe and fun, and that being strong is cool!

The weights room at any standard gym can be intimidating and uncomfortable for women, let alone girls who are just starting out.
Our female led workshops bring the gym to the girls,  and can be run in school halls, sports halls, or even big meeting rooms.    Our holiday clubs ive 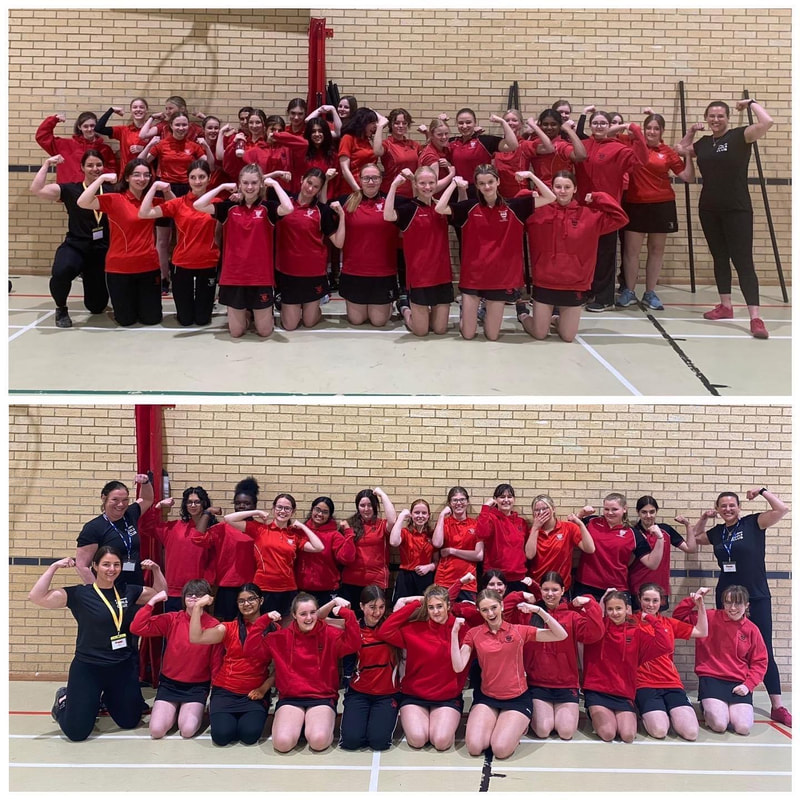